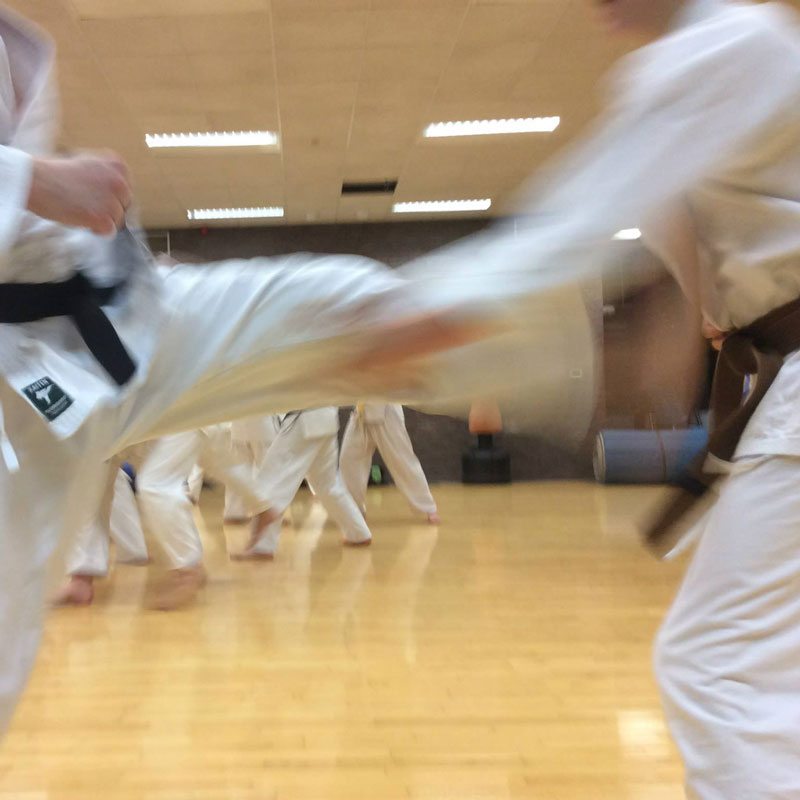 Karate is a Japanese martial art with Chinese roots. It was developed on the Japanese island of Okinawa. The style of karate practiced at KenKon is Okinawa Goju-Ryu. Freely translated: ‘the hard-soft style’ of Okinawa.

Goju-ryu is a traditional style of karate where both effectiveness in situations of self-defence, as well as a positive contribution to physical and spiritual development play an important role.

There is an elaborate training schedule, including classes for different levels, special classes for both children and people older than 35, and classes focussed on particular themes, such as sparring and Karate & Zen.

Since the beginning, KenKon has hosted many Eastern forms of exercise, such as karate, judo, aikido, zen, qigong and Tibetan meditation. Besides this, KenKon offers different activities, such as body work, chime workshops, ‘rock & water training’, dance meditation, consulting and coaching.
At KenKon, Integral Life and Training Centre, you will find charming training areas, a treatment room, changing rooms, showers, an office and a meeting hall. There are bike stalls and parking spaces for cars.

Newsletter (only in Dutch)

Stay updated and register for the monthly KenKon newsletter (only available in Dutch). KenKon treats your personal information with care, see our privacy statement.