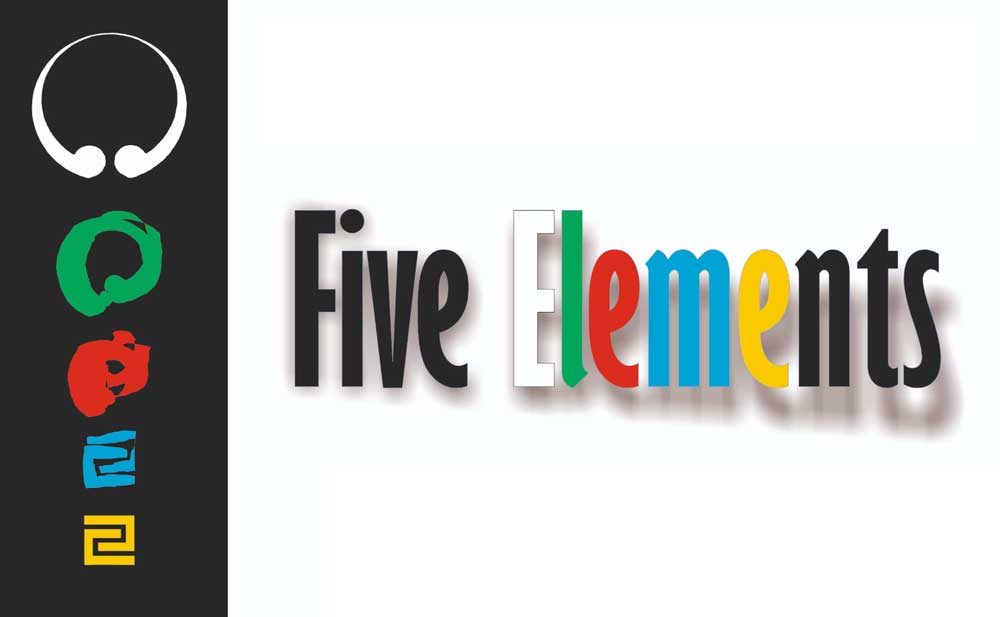 Body and Mind integrate and perform along the lines of five different qualities that relate to the elements of earth, water, fire, wind and space. We could also call these ‘body-mind wisdoms’ or ’vital wisdoms’. We all have these qualities, but they aren’t always as accessible as they could be and we might not be able to embody them as well as we could. When we re-own them fully, our karate will be at its best.

Each element represents different, interrelated qualities. Wind, for example, relates to aspects like efficiency, effectivity, impact and ease, such as in footwork, punches, kicks, combinations, breathing exercises in junbi undo, sparring, etc. Typical wind slogans would be ‘from ease to impact’, ’the power of flow’ or ‘minimal effort, maximum efficiency & impact’. In some sense the wind element relates more to the ju-aspect then the go-aspect. Saifa kata is a good example for where we begin to develop this quality and the higher katas can never be mastered without it.

In my early thirties I became interested in the [Buddhist] five element model, which is based on earth, water, fire, wind and space. I was already familiar with the Chinese/Daoist five element system, which is somewhat different, through a few years of studying Chinese and Japanese healing arts like shiatsu, acupuncture, Chinese herbs and qigong. But the Buddhist five element model was new to me and struck a deeper chord in me. This chord kick-started a journey that began decades ago.

Not too long after this first encounter, I saw two glimpses of this five element model in the IOGKF karate context. One came from Sensei George Andrews, who used it to classify karate stances; the other came from the late Sensei Pantanowitz [1938 – 2006] who used it to depict the development of the quality of movement in his grading syllabus.

I became curious whether this model was used in our tradition more broadly, which seemed possible since it had reached Japanese culture through tantric Buddhism [Shingon]. To find out I, wrote a letter to Sensei Higaonna to ask whether this model was a historic model used in the [oral] tradition of Okinawa goju-ryu. He answered that this was not the case, but added that he considered it to be a valid and useful model. His answer encouraged me to continue the exploration of the value of this model for karate practice.

In the decades that followed I received many teachings on this five element model, mainly from the Tibetan Buddhist tradition, in particular from Irini Rockwell and Tenzin Wangyal Rinpoche – but I should also mention here Dagsay Tulku, Chrissie Coburn-Krzowska, Diane Musho Hamilton and Rob Preece. Through the years I explored and digested this information and these practices and integrated them in classes on karate, qigong and Tibetan Buddhist meditation, especially during the ‘Five Vital Wisdoms Weeks’ at KenKon. During these six-week periods all classes at KenKon would be inspired by these ‘Vital Wisdoms’: the psycho-physical qualities that these five elements – earth, water, fire, wind and space – represent.

I am organizing this seminar because, for years, it has been my desire to take a deeper dive into this ancient wisdom in the context of karate, with a group of ripened and motivated karateka, and to dive more deeply than I have been able to thus far in the short slots of time of the weekly classes of the Five Vital Wisdoms Weeks at KenKon.

SUBSCRIPTION
Use the form on the right. Subscription is complete if your email has been received & payment has been made.

It is also possible to join the ongoing Friday night session before the seminar.

Sleeping in the dojo is possible for € 15 per night.

We may organize a Saturday evening get-together around dinner.